Why is the QWERTY keyboard arranged as it is? 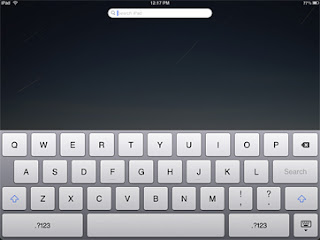 The QWERTY layout remains the most popular keyboard layout today. It was originally designed by Christopher Sholes, who put it on the Remington Number 1 typewriter, the first commercial typewriter produced by Remington & Sons back in 1873. When Sholes designed the QWERTY layout, he kept in mind the key mechanism of the typewriter; when a key was pressed, a bar connected to the key would depress onto an ink-holding adhesive, imprinting the letter shape onto the paper behind. Occasionally, when two keys were pressed in rapid succession, the bars connected to the keys would hit each other and cause a tangle. To avoid such setbacks, Sholes figured out which letters were used most commonly together (like th, ie, and ou) and placed them away from each other on the keyboard.

Aside from separating the commonly paired letters, Sholes went about the keyboard design in a haphazard way. The final layout turned out to be the QWERTY layout we know today. Various other keyboard layouts were designed in an attempt to maximize typing speed, like the Dvorak and AZERTY systems, but these proved roughly equivalent in speed to the QWERTY system. The old adage "if it's not broken, don't fix it" explains why the QWERTY layout persists today. The QWERTY system is so pervasive that it is likely to remain the standard keyboard layout for many years to come.
Posted by Unknown at 10:06 PM