What is the relationship between the United States and Puerto Rico? 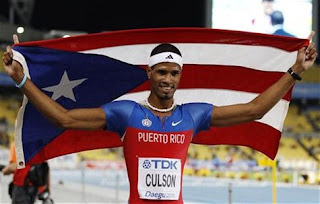 Puerto Rico is U.S. territory but not an official state; rather, it is an independent community, or commonwealth. Puerto Ricans are considered U.S. citizens and have all of the same rights involved with that status, except the ability to vote in presidential elections. Puerto Rico is self-governed with the governor being the highest authority. Also, Puerto Rico has a Senate, House of Representatives, and Constitution. Two interesting facts about the Puerto Rico-U.S. relationship are that Puerto Rico has its own flag and it uses U.S. dollars as currency. Additionally, in the Olympics, Puerto Rico competes independently from the United States. Lastly, the populace of Puerto Rico is divided on the issue of statehood (whether it should apply to be an official U.S. state). It is not likely, however, that statehood will become a reality in the near future even if its apologists garnered the necessary support.
Posted by Unknown at 12:31 AM