Why do some locomotives run backward? 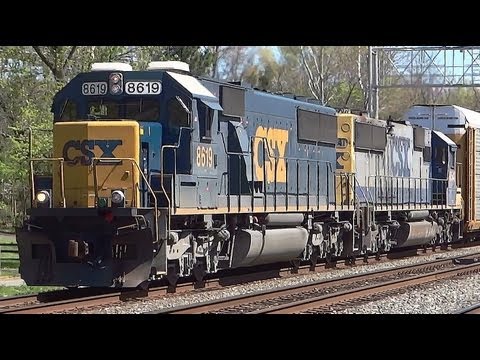 Trains carrying large loads are usually pulled by two or three locomotives, collectively called a locomotive consist. Usually, the first locomotive is facing forward and the other locomotives are facing backward. This seemingly odd phenomenon is actually a common and convenient practice in the railroad industry. The leading locomotive faces forward to allow the conductor to see the path ahead and follow various signals. The second (and sometimes third) locomotive usually faces backward for the sake of convenience. Modern locomotives are able to run both "forward" and "backward" without compromising efficiency. That being said, by positioning a second locomotive backward behind a leading locomotive, a convenient pair is formed. Having a locomotive facing each direction allows for quick turnarounds, as the backward locomotive can quickly serve as the leading locomotive when necessary. The efficacy of this pairing is what makes it a standard practice in the rail industry today.
Posted by Unknown at 7:44 PM